Home > Stampa > Radames in “Aida” at the Metropolitan Opera

Radames in “Aida” at the Metropolitan Opera 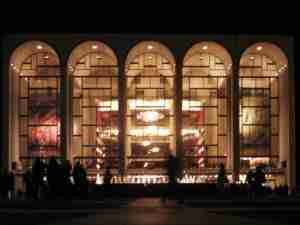 English: Photograph of the facade of the Metropolitan Opera House at Lincoln Center, New York. Taken on 12 March 2004 by Paul Masck and released with a Creative Commons license on 30 July 2005 by the photographer.

On April 10, 2017 Riccardo Massi returns to the Metropolitan Opera in New York as Radames in Aida, in the historical Sonja Frisell production conducted by Daniele Rustioni. Krassimira Stoyanova and Latonia Moore will share the title role, Violeta Urmana will be Amneris, George Gagnidze will sing the role of Amonasro and James Morris that of Ramfis. It will be the first of three performances running through April 20, 2017. The performance on April 15 will be broadcast internationally within the Met’s Saturday Matinee Broadcasts series.

Radames was the role of the Italian tenor’s Met debut in 2012, having also sung it in many other prestigious opera companies such as the Teatro Regio Turin, The Michigan Opera Theatre Detroit and the Houston Grand Opera.“It is for me a honor and a privilege to return to the Met, a sacred temple like few others because allthe greatest singers of the golden age of opera sang here: Caruso, Pinza, Callas, Caballé, Corelli, Pavarotti, Del Monaco and Domingo, to name just a few.” When asked about his role, Massi states: “Radames is undoubtedly a very demanding role, but well written for the tenor voice. True, the big aria “Celeste Aida” is a big challenge, especially because it comes right at the very beginning of the opera, but Verdi’s singing line is so wonderful that amply compensates for every effort. Sonja Frisell’s production is so beautiful and monumental that it embodies the very definition of a “classic”. It will be a pleasure to bring to life Verdi’s immortal music with enormously talented colleagues such as George Gagnidze, Kassimira Stoyanova,Violeta Urmana, Latonia Moore and James Morris under Maestro Daniele Rustioni.”

In addition to his Met Aida, Massi’s 2016/2017 season include his role debut as Des Grieux in Manon Lescaut at the Berlin State Opera and at the Bol’šoj Theatre in Moscow, Calaf in Turandot atthe Cologne Opera and his debut at the New National Theatre Tokyo as Pinkerton in Madama Butterfly.